I am a Rainmaker & Master Closer in Sales with 25 years of experience in New Business Development & Private Equity Capital Fundraising for Private Placement Offerings via the Private Sector in all Verticals. 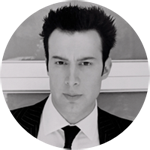 Jeffrey A. Gliwa (January 12, 1974) born in Brooklyn, NY is an Executive Producer, Actor, and Founder of Blue Shark Pictures, LLC.

Jeffrey’s Blue Shark Pictures has successfully raised over 50 million in Private Equity over the past decade. Currently he is developing and managing the Blue Shark Fund that is producing feature films.

Early in his career, Jeffrey garnered a reputation for being a mover and shaker in the Hotel and Club world of Manhattan, as the Nightlife Impresario for SoHo Grand Hotel and the Gansevoort Hotel. He translated his talent for production and promotion into film fund raising ventures with a focus on introducing legacy talents to the industry.

“Blood Moon” written by Nicholas Kazan and introducing Maya Kazan was an independent feature that Jeffrey secured capital for before moving into the Executive Producer role for the Coppola Film Partner’s “Sacred Blood” starring Michael Madsen and Anna Bianna, which introduced Bailey Coppola, and “Torch”, starring Vincent Spano and John Savage, were two of the features produced through the fund. Jeffrey’s Hollywood film school and inaugural slate was with Christopher R. Coppola, the older brother of movie star Nicolas Cage and they both are the nephews of Francis Ford Coppola. Christopher is also the nephew of Talia Shire, who played Adrian in the “Rocky” movies and Connie Corleone in “The Godfather” films. Coppola gave Jeffrey his nickname “Blue Shark” because of his ability to raise equity so quickly and deliver funding ahead of schedule.

Jeffrey’s Blue Shark Pictures has successfully raised over 50 million in Private Equity over the past decade. Currently he is developing and managing the Blue Shark Fund that is producing feature films.

After working with Coppola Film Partners, Jeffrey began a partnership with iconic Indie film maker Rob Nilsson, who, with co-director John Hanson, won the Camera d’Or at Cannes for “Northern Lights” (1978) and Nilsson won the Grand Jury Prize at the Sundance Film Festival for “Heat and Sunlight” (1987). He is the first American film director to have won both awards. Jeffrey produced and Rob directed “Arid Cut” together, released in 2019.

These partnerships lead to Warren Zide / Zide Pictures, the producer behind the “American Pie” and “Final Destination” franchises, to reach out. The two have a slate of 6 films for which Jeffrey raised millions of dollars in development capital.

Currently, Jeffrey is producing in alliance with Jeffrey Greenstein / Millennium Media, where a partnership is in development on an 8-picture slate for 2021. Headlining this slate is “The Protector” trilogy penned by David Morell, made famous by his Rambo book series.

Blue Shark has recently launched the Apparition Entertainment Fund with a slate of 4 films, a TV pilot, and an APP designed to bring film and entertainment investing to every person who wants to be a part of movie making. Partnering with John Markland, who most notably directed Indie films “Soft”, “Ordinary Lovers”, and “Take Point”, they’re working with some of the hottest young A-list actors in Hollywood, slated for release in 2021.

Another project in development is with Stevie Long of Long Story, LLC. Stevie Long was the screenwriter for “Starsky & Hutch” and the director of “Strictly Sexual”, as well the staff writer for the TV series “Sons of Anarchy”. Together, Jeffrey and Stevie are heading a 6-picture slate.

Jeffrey has also begun a venture to open a VIP vegan lounge in Hollywood called “V Pictures”, where Timothy Spuches has taken the lead in organizing this project. This plant-based restaurant’s menu will feature vegan tapas with top shelf beverages, as well as a screening room with projectors and flat screens for the A-list entertainment industry to enjoy and share a celebration.

With all of Blue Shark Picture’s new partnerships and projects, a total of 24 films are slated for production, as well as a TV series, all with the biggest names in Hollywood. The Blue Shark Pictures Slate has a 250 million dollar budget so far being funded to its projects, and this is just the beginning of the impact that Jeffrey “Blue Shark” Gliwa will have on Hollywood.

“I look forward to hand picking the next generation of film students who are the best of the best and help them break through into the film industry working alongside of A-list industry veterans.”

My mission is to collaborate with people to create projects that inspire. I’m seeking those who want to support, invest and be part of creating these projects. This is so important right now. People are scared and uncertain. They are seeking things to trust in and more importantly, to feel inspired by.

A vision takes will power, tenacity and most importantly collaboration. Our creative collaboration has a unifying purpose – develop and deliver that which fills the mind and heart with inspiration. Delivering stories that grip us with recognizable fears, threats and challenges which we witness people overcome, conquer and rise from the ashes to find truth, integrity and freedom. These projects are rollercoaster rides that thrill, and chill, then deliver you home, feeling inspired – like you were able to overcome.

Inspiration turns our world into opportunity. It is the most valuable commodity we have to offer. Once people get a taste for it, they pursue it to the ends of the earth. It lets you believe “I can.”

We finance and develop intellectual properties and convert them into polished screenplays that can be packaged with A-list actors and directors ready to be green-lit by top Hollywood studios.

Film development with a team of: 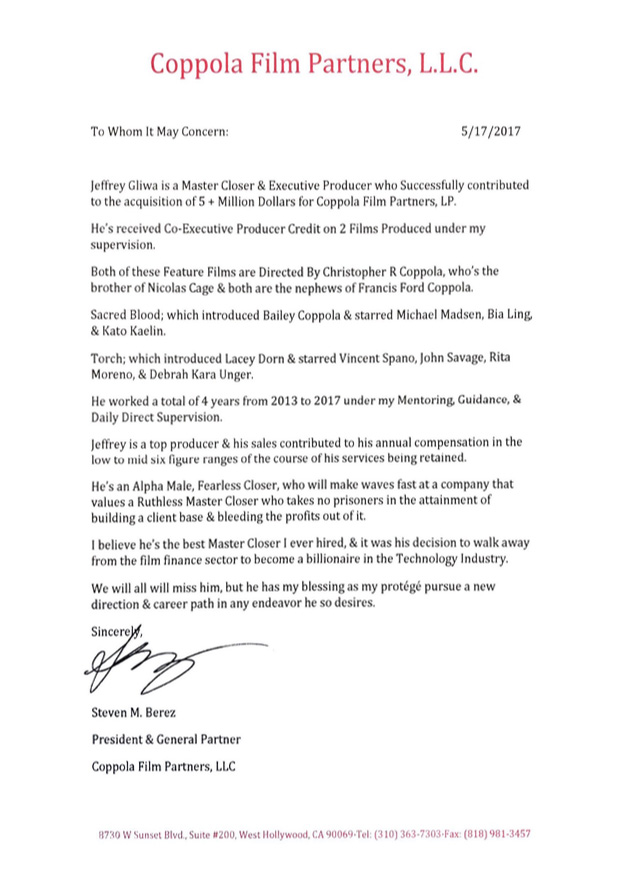 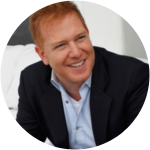 For Blue Shark, his inspiration comes from Ryan Kavanaugh.

Ryan Colin Kavanaugh is an American businessman, film producer and film financier. He is the founder and CEO of Relativity Media. Through Relativity, he has financed more than 200 films representing more than $17 billion in revenue. He is credited as of April 19, 2014 as the producer of 61 films and known for creating a new “Moneyball” model of film finance.

He was named by Variety as 2011’s “Showman of the Year” and was #22 on the Fortune “40 Under 40” list. He was #19 on the Forbes 2013 list of youngest billionaires, and he entered an investment partnership with Ron Burkle. He is active in philanthropy and was named a Hollywood Humanitarian by Cedars-Sinai Medical Center. He is the 24th highest grossing producer in box office of all time. Although Relativity Media’s ride came to a close in 2016, Ryan’s model approach seemed to have found a sweet spot in the industry for close to a decade. As the industry and audiences have evolved so must the models of finance and the content itself. One thing will never change with the appetite of the audience … what’s next?